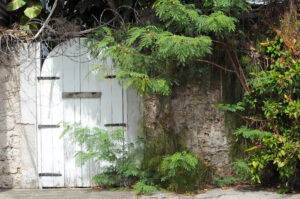 Itching to put the Nature back in Natural Law whenever Aquinas is brought up? Want Con Law with a side of Environmental Justice? Tort and an ANWAR? Okay, enough of the Austin Powers bit — if you answered yes to any of those, you should pay attention to what Vermont Law is doing.

As it looks to broaden its graduate degree offerings, the freshly rebranded Vermont Law and Graduate School — formerly known as Vermont Law School — has announced the creation of its new Vermont School for the Environment.

Two new graduate degree programs will be housed in the school: a master’s of climate and environmental policy and a master’s of animal protection policy.

Two existing programs, a master’s of energy regulation and law and master’s of food and agriculture law, will also move over to the new school.

Now that’s cool. There are already too many alumni associations full of JDs with a specialization in business or something typical like that. A dual JD/Master of Energy Regulation would definitely put you as one of the cooler folks sitting at the academic table. True, your other competition would likely be someone with a specialization in Tax law, but the point remains.

Already locked in to your school of choice? Maybe find some of the more earth-minded faculty to model a class or two on Environmental law where you are. I hear that they’re pretty big on reusing and recycling anyway. Still in that sweet spot where you’re not yet in law school but you read ATL just to acclimate yourself with the culture? First off, what are you doing? Go touch grass, now. Second, check out this list ranking law schools by their best Environmental Law programs.

But no really go do something else. Spy x Family is really nice. Maybe go watch that? To everyone else already enrolled in a law program, this doesn’t apply to you. This is your life now. Go outline. I’m so sorry.

Lesser Qualified Bellyacher For Meritocracy Throws A Hissy Fit Because Job Isn’t Handed To Him On A Silver Platter
Posted on Wednesday September 28, 2022

Not Taking No For An Answer, Law Firm Committed To Dismantling Scholarship for Historically Disenfranchised
Posted on Monday September 26, 2022

Everybody With T.C. Williams In Their LinkedIn Profile May Consider Changing It
Posted on Monday September 26, 2022

From Life Behind Bars To Becoming Opposing Counsel: How Sentencing Reform Can Shape The Law
Posted on Tuesday September 20, 2022

The Most Politically Moderate Law Schools (2022)
Posted on Monday September 19, 2022

The GRE’s Assault On The Dominance Of The LSAT Reaches Important Milestone
Posted on Friday September 16, 2022