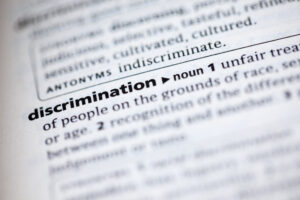 Seattle University School of Law announced this week they were launching an investigation into Bernard Burk, a visiting law professor at the school teaching civil procedure, for what’s described as “racially discriminatory treatment.”

The allegations surfaced in the undergraduate student newspaper, The Seattle Spectator. The article details anonymous allegations of a hostile learning environment in Burk’s classroom:

The second anonymous student also observed that Burk’s classroom recognition and awards failed to include students of color.

“He has this thing called Geek of the Week,” the student said. “No BIPOC was ever selected for Geek of the Week until we had a student go up and tell him that was unacceptable. Then, he elected two the next week.”

Beyond allegations of racially discriminatory treatment, the students shared stories of sexist and ableist incidents and a joke about gun violence that frightened some students. Students felt that Burk did not treat female-identifying students equally, did not give adequate disability accommodations and made comments patronizing students struggling with mental illness.

“Professor Burk has spouted hateful and discriminatory comments towards womxn, BIPOC and LGBTQ+ students, so much so, that we no longer feel safe in our classroom, and we have lost faith in the administration’s competency in handling these matters,” a group of first-year law students wrote in a statement. “This professor uses racial slurs, stymies classroom participation by yelling predominantly at womxn and discriminates against students with school-approved accommodations.”

According to reporting by Law.com, Professor Burk denies the allegations, saying, “Of course the anonymous allegations quoted in The Seattle Spectator claiming that I said specific objectionable things in class are false.”

Now Dean Anthony Varona is communicating with the law school community that an internal probe is underway. Noting Burk’s “strenuous” denial, Varona said that some of the serious allegations detailed in the Spectator were never reported to the administration:

Varona added that, while complaints had been made about Burk throughout the semester, “[s]ome of the most serious allegations reported by the Spectator, however, had not been shared with us at all during the fall semester.”

“Our Office of Academic Affairs worked directly with Professor Burk throughout the fall semester to address and resolve various students’ concerns,” adding that in late October the University’s Campus Climate Incident Reporting & Response Team received various reports from students in the course, to which the team responded and engaged the Seattle University Office of Institutional Equity as appropriate.

Varona also noted, “we asked the Office of Institutional Equity to conduct an expedited inquiry to determine the accuracy of two of the most serious allegations reported in the Spectator.”

Varona reported the results of the inquiry to the law school community yesterday:

The OIE’s expedited inquiry involved the review of over five hours of relevant class recordings, including the entire first class, and a review of class transcripts. The inquiry concluded that the alleged statements were nowhere in the reviewed recordings or transcripts. Professor Burk neither called Native Americans “savages” nor “Brown students…terrorists.”

Varona’s message continued, detailing the “restorative work” the school is undertaking to improve the experience of its students:

Even when certain allegations turn out to be unsubstantiated, as was the case in this inquiry, we wholeheartedly acknowledge that we need to undertake restorative work with our 1L class to address the additional concerns expressed by our community members, in the Spectator and elsewhere. We will continue to work hard to protect and grow our richly diverse community, and to ensure that all of our students have a welcoming and empowering educational experience here at Seattle U Law.

The original Spectator article alleges that students that complained about Professor Burk, along with the Student Bar Association, “received threatening responses” indicating potential defamation lawsuits if they pursued their complaints. However, Andrew Siegel, the school’s vice dean for academic affairs, said, “Obviously there is no chance that we would be bringing legal action against anyone. A number of people spoke to students about the importance of sourcing their comments, appropriately phrasing their comments [and] making comments that were not gross generalizations because of the fact that across the country, there have been a small number of incidents where students have been sued for defamation in situations like this.”

Student groups at the law school, including Outlaws and BLSA, have offered the following statements of solidarity.

A post shared by Seattle U Law – OutLaws (@suoutlaws)