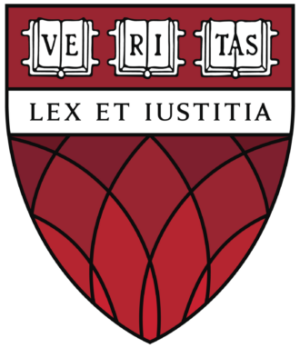 Ask anyone and they’ll tell you that academia is a liberal sanctuary that censors right-wing opinions. Once you look past people like Amy Wax spouting bigotry on national television and Ilya Shapiro going on speaking tours and PragerU and Ben Shapiro being part of a concerted effort to radicalize youths toward neoconservatism and Jordan Peterson’s speaking tours and… you get my point — it is easy to think that there are leftists all the way down. That is, until you get to their 1L Crim classes and see that they’re compelling their students to write copaganda for them for a grade. Take, for example, this prompt written by the “progressive” Harvard Law professors Christopher Lewis and Adaner Usmani:

Here is the mandatory exam question from the first-year criminal law class: pic.twitter.com/c3IVMMjoYJ

Now, as a self-admitted non-Republican, I know that there is a lot of infighting among leftists and progressives. That said, no self-respecting lefty who has read their Marx, SparkNotes, or otherwise, would assume that tripling the police force would be the most efficient revenue-neutral way to reduce homicides and other serious crimes that is presently feasible. Lawyers spend on average thousands of dollars and comparable hours issue spotting — no good faith leftist lawyer would conceive of the “All” in ACAB in such a way that would even justify a legitimate attempt at arguing this prompt’s starting point. Before I get in the weeds of why this premise is bad (I’ll get back to this later), let’s focus on why this type of prompt is bad for students.

Third, in this situation, the professor forced students to engage with his (very poor, sloppy) work, and solicited objections. During class, students objected to obvious errors that I also found, including the premises. The final exam required them to accept absurd premises.

While it is fair game to have a hypothetical scenario or two in a final exam, to have an entire set of conditions that does not accurately reflect how police and policing functions in the world is asinine. For example, how would tripling the police force do anything to solve their repeated acts of perjury or crime planting? Remember that time around 400 convictions were vacated because of 13 dirty cops? Not to mention, it is lazy work to force students to answer objections to your arguments when you presumably have not done the work of defending your claims against their counter claims.

And about those counter claims? There are many. Alec Karakatsanis, founder and Executive Director of Civil Rights Corps, called out the professors with detailed analysis here. A couple months later, he responded to their lackluster dismissal with a series of arguments against their method, choice of sources to support their claims — it is a very comprehensive critique. I had to scrap the initial version of this article once I realized that I was 800 or so words deep just from quoting various objections he made — you can read the response here.

The take away here is this — I think that this is an interesting development in how the culture war is being fought in law schools. We’ve seen many instances of right leaning professors making bigoted or intellectually suspect claims and then crying cancel culture once they face criticism, but here we have right wingers in sheep’s clothing. Of course, it is presumptive for me to label the professors as wolves playing progressives — I do not have some privileged ability to look into their mental states and discern their true intent. I do know for damn sure that there are far more Republicans saying we should bolster the police force and use them as a general cure all for society’s ills than progressives though. The new insidiousness of “playing progressive” has the potential to wreak havoc in a way being openly Amy Wax doesn’t.

The thing that eats away at me again and again is that this sloppy paper in which two Harvard professors call for 500,000 more armed cops to arrest 7.8 million more people appeared in the new journal that Harvard Law pitched as a response to the murder of George Floyd. https://t.co/3TT3rT1KQP

A Response to the Harvard Professors [EqualityAlec.Substack]