What is a Case Brief? 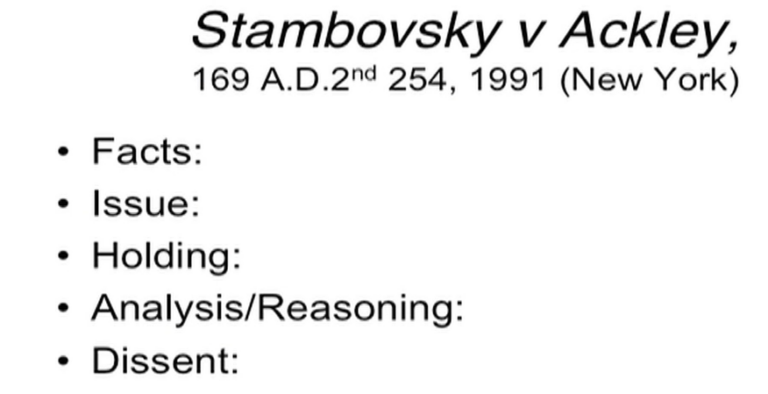 What is a Law School Case Brief?

Used by most law school Professors, the IRAC case brief methodology is the way Law Professors teach students to analyze cases.   This method then prepares the student for later law practice. Usually the case brief is no longer than one page in length even if the case itself is many pages long.

How to write a Case Brief?

The Law School Case Brief is not an easy document to write.  The Brief, as it is commonly known in Law School, is a well thought through document.  It is a complete analysis of the case, but in a short brief format.  Thus the name Case Brief, which is a brief of the case.  To write a proper Brief you must first read the entire case.  Then, you must follow the traditional Case Brief writing style taught and used by most Law Schools.  We describe more below.

How to Brief a Case?

The law school case brief is the foundation to the entire study of law.  It is the way law students learn to become practicing attorneys.  To begin writing the case brief, the student must first understand the main elements of the case brief.  These elements are: the Issue, the Rule, the Application and the Conclusion.  This is knowns as the IRAC method.

The law student first reads the entire case.  The complete case may be obtained from a variety of sources.  The case may come from a number of sources.  Either the case may come from the case book, or the name of the text book used in law school.  Or students may obtain a physical book in a law library, or from an online legal library such as Bloomberg Law.  Accessing the complete case, a transcript from the actual case itself from the Court, is imperative to write a proper case brief.  Furthermore, the case brief is exactly that, a brief of the case of its most important elements.

What is the Issue of a Brief?

The first element of the IRAC method of writing a case brief is to identify the Issue.  Simply, the Issue is the question the Court (also known as the Judge) needs to answer.  In each and every case there is a question that is answered to determine the outcome of the case.  As an example, the most asked question of the Court is whether the Defendant is Innocent or Guilty.

There are also many other questions that the Court may have to answer.   However, the most basic understanding of the issue, for our purposes, is innocence or quilt.  When writing the case brief, the student must state the Issue in their case brief.  Many times law students are taught to begin the Issue with the word ‘whether.’  An example of an Issue could be, Whether the defendant is guilty of such and such.

What is the Rule of a Case Brief?

The Rule of the case brief is the legal precedence or guidance used by the Court and the jury in determining the outcome of the case.  Many times the Rule used in a particular case comes from an Issue in a previous case.  In this event, the Court and the jury can rely on the Rule established by the previous case.  However, in many other cases, there is no precedence or previous rule to rely on.

In many cases there is no rule or previous precedence to rely upon.  In these instances the Court and jury must create the Rule from the Facts of the case.  As the student drafts their case brief, they are tasked to identify the Rule used by the Court for the particular case.  Then, to write the Rule into the brief under the Rule section of the brief.

What are the Facts of a Case Brief?

The Facts of the case brief are exactly how it sounds.  They are what happened to bring the case forward to the Court.  It is the full and complete story, as told by all sides and all parties to the case, so the Court can make a judgement as to which side of the case to believe.  Many times a lawyer asks a client “so tell me what happened?”  The lawyer listens and takes explicit notes.

What is the Application of a Brief?

The Application of the case brief is the method by which we apply the Facts of the case to the Rule of the case.  This is a subjective process.  The Court, with the assistance of the jury, performs an analysis of integrating the occurrences of the event.  Then the Court analyses how those occurrences fit within the constraints of the Rule.  Do the Facts directly fit within the Rule?  For example, if the speed limit on the highway is 55mph, and a police officer pulls you over because they clocked you going more than 55mph.   In this case, you can apply the Rule of all quite easily.

However, let’s say you were speeding because you have a very sick family member that needs to get to the hospital as quickly as possible.  Yes you were speeding but it’s because you were helping someone who was very ill by getting them to the hospital to prevent further illness.  Then should you be guilty of speeding even though you were going much faster than the speed limit?  The student will apply the Facts of the case to the Rule and make an argument as to why they are doing so.

What is the Conclusion of a Brief?

How Long Should a Case Brief Be?